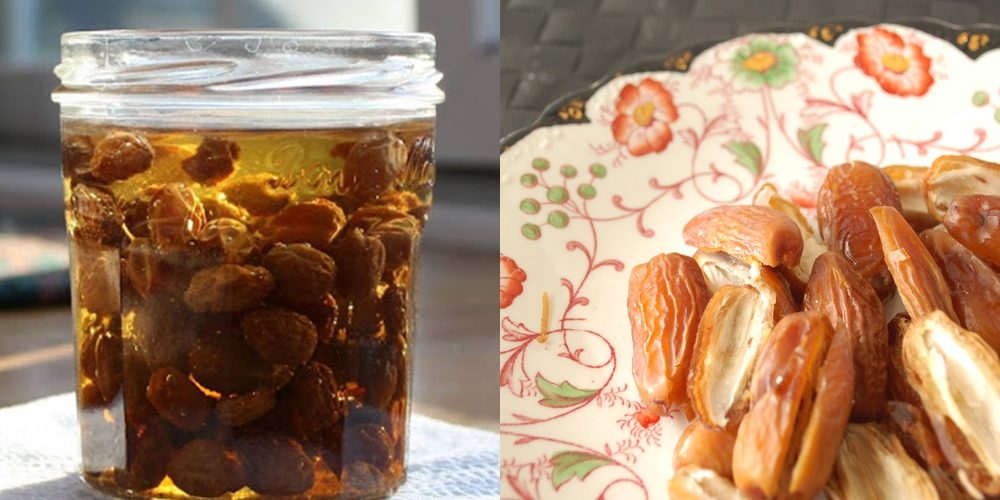 Nabeez – A Drink Prophet Muhammad (SAWW) Used To Consume, Is Filled With Benefits!

The fruits we consume in our day to day routine hold a significant presence in the light of Quran and Sunnah. Out of the many, raisins are said to be of importance as our Holy Prophet Muhammad (SAWW) used them to consume one of his favorite drinks, Nabidh – commonly known as Nabeez.

“We came to the Prophet (Sallallaho Alaihe Wasallam) and said to him: O Apostle of Allah, you know who we are, from where we are and to whom we have come. He said: To Allah and His Apostle. We said: Apostle of Allah, we have grapes; what should we do with them? He said: Make them raisins. We then asked: What should we do with raisins? He replied: Steep them in the morning and drink in the evening and steep them in the evening and drink in the morning. Steep them in skin vessels and do not steep them in an earthen jar, for it is delayed in pressing, it becomes vinegar.”

On Another Occasion, Following Was Said By Ibn ‘Abbas:

“Nabidh was prepared for Allah’s Messenger (SAWW) in the beginning of the night, and he would drink it in the morning and the following night and the following day and the night after that up to the afternoon. If anything was left out of that, he gave it to his servant or gave orders for it to be poured out.” – Sahih Muslim.

Note: You can either use dates OR raisins, but not the two ingredients together at the same time.

3. After the Isha prayer time, take the given amount of dates or raisins and store them in water

4. Soak it overnight at room temperature till the Fajr

5. Remove the raisins or the dates and drink the water

An important point here is that the ingredients must not be soaked for more than 2 to 3 days as it may lead to the process of alcohol brewing. Nabeez can be served to guests as a substitute for tea, not because it has health benefits, but also because you will practice the Sunnah.

Nabeez is an excellent drink to consume during the suhoor as the pre-dawn meal. It is an alkalizing tonic which removes the acidity from an individual and important to the digestive system as it removes metabolic wastes from the body. Due to the ingredients having a high amount of soluble fiber, it improves the digestion. Additionally, it also improves the memory respondents. Prostate, chest, throat, liver, spleen and other organs functions are improved with the consumption of the drink. Most of all, it is one of the greatest Sunnahs of our Prophet (SAWW).

In this Holy month of Ramadan, let’s follow another sunnah and drink Nabeez!

The fruit that all of us wait for very patiently is finally here. “Aam” logoon ka sub sey favorite fruit, ...

14 of the Best Foods to Curb Hunger and Thirst in Ramadan!

With this year’s Ramadan coming up fast (pun not intended!) people are freeeeaking out about how they’ll manage to keep ...

8 Things Only Cheese Lovers Would Relate To

1. You’ve got a favorite midnight snack and it’s undoubtedly cheese. 2. A meal without cheese isn’t a happy meal. 3. Pizza without ...