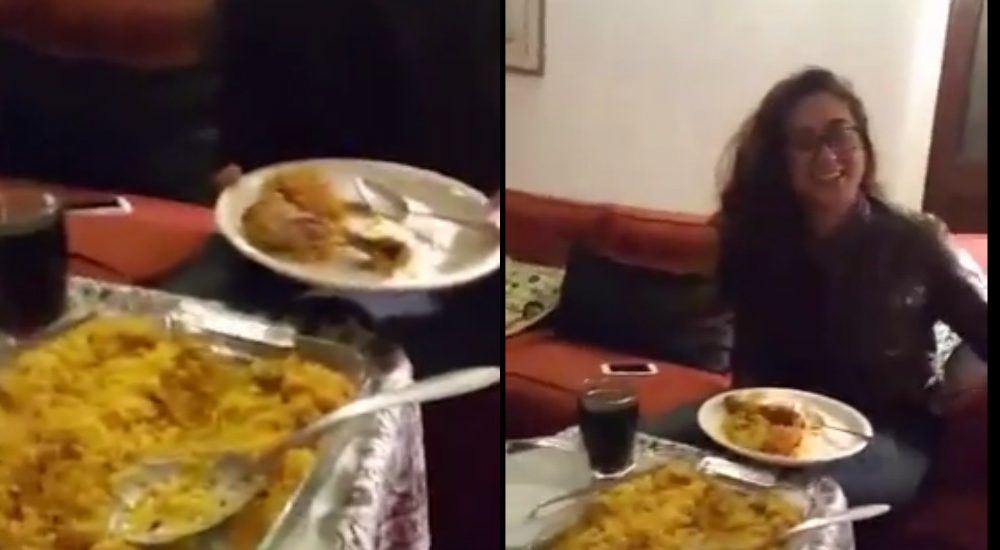 This Is What Happened When A Seasoned Lahori Tried Karachi’s Biryani For The First Time!

Biryani with aalu or biryani without aalu, that is the question. This is exactly what happened when Parhlo’s team members, who are based in different cities of Pakistan, tried challenging each other at which city makes the better biryani!

Thus, Parhlo’s Karachi chapter flew into Lahore to meet our staffer Soha, also known as Chashmish. Along with them, they took a dish full of Karachi’s finest biryani, one that definitely had a lot of aalus. Sat at the table were Chashmish and Parhlo’s editor Wasiya Fatima (pfffft, that’s what people call her, not us).

The video went live on Parhlo’s Facebook page and got a huge response. Because the debate has always been about which city serves the better biryani… is it Lahore (without aalu) or is it Karachi (with aalu). To find the answer, we had Soha try Karachi’s biryani and later on Wasiya try Lahori biryani. This was the FIRST time our Lahori Chashmish was having biryani with aalu. The reactions? PRICELESS! City wars on Biryani, what more could you want?